The Study Leader, Associate Professor Ray Lovett had been working on the idea of developing a study in 2014 that combined cultural concepts and how those influenced health. At the same time a group of Aboriginal people along the Murray River in NSW were keen to look at caring for country and how this improved health.

In late 2014 the two groups came together to design a survey that helped each group with their ideas. 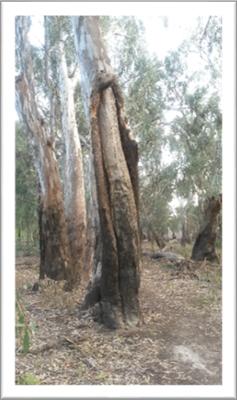 This project was undertaken in Murray River communities in 2014 -15. Broadly, the results showed that Aboriginal people who had a strong relationship with their culture and country showed better physical and mental health outcomes than those who didn’t.


These results became the first step for the Mayi Kuwayu Study.


Excerpt from Caring for Country and Wellbeing: Views, values, and experiences of Aboriginal and Torres Strait Islanders living in the Murray Local Land Services region

Across Australia, caring for country is increasingly understood to provide important benefits for the wellbeing of Aboriginal and Torres Strait Islander people. A number of studies have showed the links between the amount of time spent on country, and caring for country, with improvements in wellbeing.

Caring and connection to country are also important for Aboriginal people of the Murray Local Land Services region.

The Murray Local Land Services (Murray LLS) engaged researchers to develop a way to understand how Aboriginal people in the region want to connect with country and how this improved things for those people.

The project team developed a questionnaire with the community from late 2014 through to the end of 2015 with local Aboriginal community organisations, groups and individuals.

Two community workshops in Deniliquin and Albury determined what local people wanted asked in the survey. Around 40 people were involved in developing and refining the survey questions. Topics in the survey included cultural knowledge, identity, caring for country, Aboriginal language use, racism, family wellbeing and other themes.

The survey was run through local Aboriginal organisations in the first half of 2016. Of those who took part, around two-thirds of participants were local mob, with a similar number living in the region most of their lives. Overwhelmingly, most people stated that caring for country was important to them.

Six Aboriginal community organisations along the river helped with the study. Local Aboriginal staff at each site recruited community members. They were supported by funding from the study.

A member of the research team travelled to each site to provide training to a local Aboriginal staff member. The training involved running through the questions with staff and addressing any questions or concerns.

In total, 163 questionnaires were completed.

It is clear from the results that Aboriginal people in the Murray Local Land Services area are keen to be involved in caring for country activities. Priorities include:

There was an enthusiastic level of interest in being actively involved in caring for the environment. People were also interested in traditional skills, history, culture and arts. Traditional food and medicines were regarded as important.

The majority of people surveyed felt happy and proud when they were on country. These responses came from participating in activities on country such as doing artwork or using country.

There was variation in the types of sites local Aboriginal people identified as needing recording/protection. This included the recognition of burial sites and the ongoing concerns about protecting those sites. Another issue raised was the protection of earth mounds (ovens).

The need to protect Aboriginal artefacts in their natural environment was another area of concern. So was identifying and protecting massacre sites and sites from where people were removed.

The documenting, recording and protection of these sites was the second most common area in which local Aboriginal people wanted to undertake activities.

The vast majority of participants considered passing on culture to be of major importance. Three main cultural activities were consistently mentioned.

These included gathering of fibres and weaving, learning, collecting and eating traditional foods; and learning about and collecting bush medicines.

Despite the impact of colonisation many people identified a strong level of cultural knowledge including finding and preparing foods, kinship terms, special places and cultural stories.