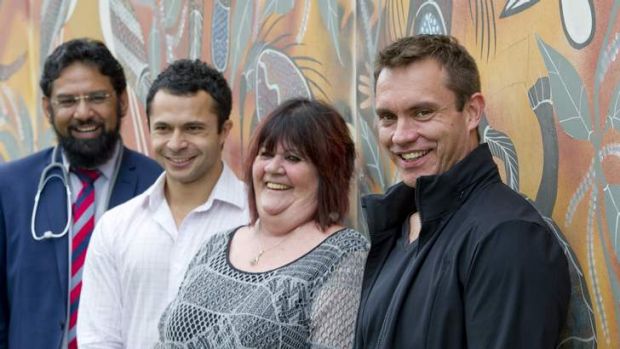 CELEBRITY endorsements do little to sell the quit-smoking message to indigenous communities, but researchers have found that examples set by family and friends who stub out have a big impact on those around them.

University of Canberra PhD candidate Raglan Maddox and Dr Ray Lovett presented some of their research findings to the prestigious Richard Doll seminars in public health and epidemiology at Oxford University.

”We have been looking at social networks, and what we found was that the indigenous community is pretty cohesive. It’s a small community and people are well connected,” Mr Maddox said.

”But when we looked at smokers and non-smokers, we found they tended to be quite close together – the smokers with the smokers.”

The pair also presented their work at Harvard and other universities in the US.

Mr Maddox and Dr Lovett have been conducting research at the Winnunga Nimmityjah Aboriginal Health Service at Narrabundah. They found the rate of smokers in Canberra’s indigenous community was higher than the general population.

”We know that 36 per cent of the Aboriginal and Torres Strait Islander population in the ACT smoke, compared with about 12 per cent of the general population of the ACT,” Mr Maddox said. ”But a huge amount – 92 per cent – of the indigenous population want to quit smoking, so there is an opportunity for change.”

Dr Lovett said the indigenous community in Australia was very young, with half the population aged under 30. ”If you can give young people the right message about giving up smoking, you can make a big difference to life expectancy,” he said.

The research is being used to help direct the future of anti-smoking campaigns.

The chief executive of the Winnunga Nimmityjah health centre, Julie Tongs, said that since 2002, it had run a ”No More Boondah” program, which was a Wiradjuri word for cigarettes and smoking. ”It’s a word that’s also being used in TV advertisements now,” she said.

”One of the most surprising things about the research has been finding out how many people want to quit.”