In the dialect of the Wakgun Clan group of the Gurreng Gurreng Nation, Yatdjuligin means “talking in a good way”.

It is the name of an important new book, Aboriginal and Torres Strait Islander Nursing and Midwifery Care, that explores the healthcare of Indigenous Australians, from the perspective of both the patient and the professional.

The book’s contributors are all Indigenous Australians who collectively have over 100 years of clinical practice.

In the article below, editors Dr Odette Best and Professor Bronwyn Fredericks encourage Croakey readers to embrace the content and the spirit of the book, noting that some may find it challenging.

‘It’s our time to talk now’: Indigenous Voices Within Nursing

A new book has been published which represents the beginnings of legitimacy for the words and voices of Aboriginal and Torres Strait Islander nurses and midwives.

Helping nursing students to understand Indigenous health
It is widely accepted that all nursing and midwifery students need a working understanding of the issues that are relevant to Indigenous Australians and their links to mainstream health service provision, including both historical and contemporary issues.

The health issues facing Aboriginal and Torres Strait Islander peoples have not historically been taught well within nursing and midwifery curricula in Australian universities.

This lack of education has ongoing impacts on the health of Indigenous Australians. Nurses and midwives need to understand the health issues facing Indigenous peoples before they can begin to provide appropriate and respectful health services for their Indigenous clients.

Within the last five years, there has been some slow movement towards embedding Aboriginal and Torres Strait Islander health within the nursing and midwifery curriculum at various Australian universities.

We were conscious of a clear gap in the nursing education literature: a lack of legitimate, current information that addresses the needs of nurses and midwives who work with and care for Aboriginal and Torres Strait Islander peoples.

The power of telling our own story
Indigenous writing is important, because it helps to articulate, clarify, preserve and maintain Indigenous stories, histories, knowledges, and understandings and helps to make them more available to all Australians.

The contributors to our text are all Indigenous Australians who collectively have over 100 years of clinical practice. The authors have a diversity of experiences and include: Mick Adams, Odette Best, Ali Drummond, Bronwyn Fredericks, Lynore Geia, Deannne Hellsten, Machelle Kosiak, Ray Lovett, Nicole Ramsamy, Juanita Sherwood and Raelene Ward.

The title of the book was gifted to us from Aboriginal Elder Ivy Molly Booth. Yatdjuligin is from the dialect of the Wakgun Clan group of the Gurreng Gurreng Nation. It translates to ‘talking in a good way’.

For Wakgun people, the process of Yatdjuligin is deeply embedded in learning. It belongs to a two-part process in the traditional passing on of knowledge about Country, its resources, and the resources’ uses.

While Yatdjuligin is positive, we also need to accept that it can be confronting. Passing on knowledge can sometimes be difficult for many reasons—for example, the knowledge itself may be difficult to understand, people may not want to know it, or they may not be ready to learn.

Learning can cause discomfort, as the learner becomes aware of the inaccuracies of their past learning or displeasing elements they may learn about their self.

We recognise that this aspect of Yatdjuligin is also part of our text. The content may be confronting or uncomfortable for some readers, and we have recognised this in some early comments from reviewers.

We encourage readers to embrace the learning that Yatdjuligin has to offer, in spite of (or because of) the discomfort it creates. Yatdjuligin is the first text written by Indigenous midwives and nurses and health professionals, addressing Indigenous health issues, but written for the broad audience of Australian nursing and midwifery students.

As editors of the book, we speak on behalf of the authors to invite you to embrace the content of this book, accept its voice and incorporate it into your practice in the spirit of Yatdjuligin.

• Odette Best is a Wakgun Clan member of the Goreng Goreng Nation and also holds a Boonthamurra bloodline with adoption ties to the Koomumberri people, Australia. Odette commenced her nursing training at Queensland’s Princess Alexandra Hospital in the late 1980’s and has worked within Indigenous health, including within Schools of Nursing in the tertiary sector. She is currently Senior Lecturer, Oodgeroo Unit, Queensland University of Technology (QUT).

• Bronwyn Fredericks is a Murri woman from South-East Queensland (Ipswich/ Brisbane) Australia. She is the Pro Vice-Chancellor (Indigenous Engagement) and BHP Mitsubishi Alliance (BMA) Chair in Indigenous Engagement at CQUniversity Australia and is based in Rockhampton, Central Queensland. She has worked in the health care and human service arena for over 30 years.

The book, published by Cambridge University Press, was first launched on November 17 at Central Queensland University’s Rockhampton campus, and again on November 27 at AIATSIS in Canberra. 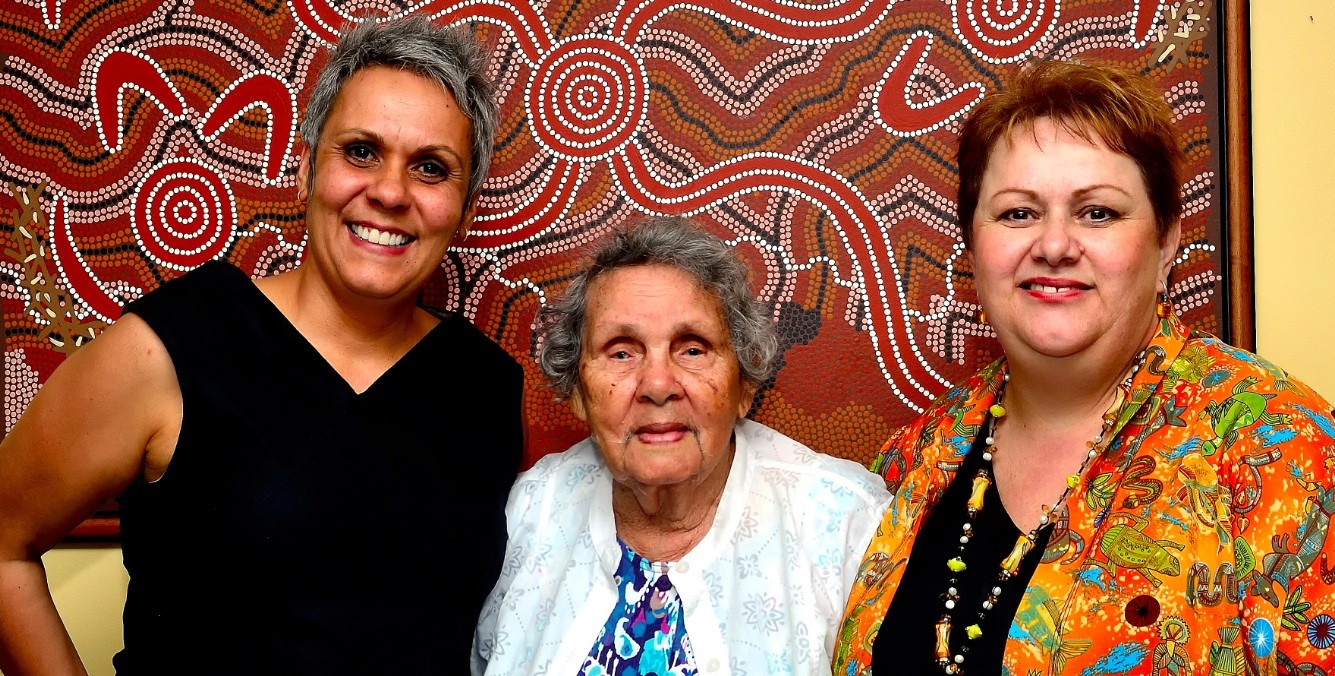 • Watch this clip from the Canberra launch.
• Listen to an interview on Radio National